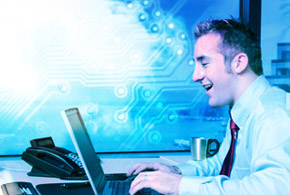 Dell is broadening its portfolio of Wyse thin clients and software to bring greater performance, security and collaboration capabilities to virtual desktop environments.

The announcements made May 24 come a week after Dell’s Cloud Client Computing group unveiled two new security offerings designed to provide advanced threat prevention (ATP) from endpoints to the data center for Windows-based thin clients and virtual desktops, from both Dell and other vendors.

The new security features, as well as the other additions to Dell’s Wyse thin client and virtual desktop infrastructure (VDI) business, come at a time when businesses increasingly are relying on virtual desktops and the cloud for their client computing needs. Dell officials are turning to the company’s Dell Data Protection security portfolio to address a broad range of security threats to these environments, bringing solutions that are 99 percent effective against viruses and malware including zero-day attacks, said Jeff McNaught, executive director and chief strategy officer for Dell’s Cloud Client Computing unit.
“We’re using artificial intelligence and machine learning to protect virtual desktop environments and Windows-based thin clients to levels that they’ve never been protected,” McNaught told eWEEK. “Dell is the first company to protect virtual environments at the edge, where the clients are, and in the data center.”
The Challenges of Cloud IntegrationDownload Now

While the announcements a week ago centered on security, Dell had a much broader focus at the Citrix Systems event, being held this week in Las Vegas. The news included two new thin clients: the Wyse 7040 and the Wyse 3030.

The Wyse 7040 thin client is Dell’s new high-end flagship system that includes high levels of performance and security, according to McNaught. For performance, the system is powered by Intel’s sixth generation Core i5 or i7 chips and includes Intel’s vPro management features. It also supports Wyse Device Manager, System Center Configuration Manager and Dell Command Configure features. It has six USB 3.0 ports, and display options include support for one UHD 4K display or three 2560-by-1600 daisy-chained displays.

The Wyse 7040 will run Microsoft’s Windows Embedded Standard 7p when it launches, and will be Windows IoT (Internet of things)-ready. Security features include Trusted Platform Module (TPM) and BitLocker, and can use the ATP technology Dell previously introduced. It also supports SecureView, a client virtualization environment used by federal government agencies and other industries concerned about security that can run multiple virtual desktops at different security levels on a single device.

Dell’s new Wyse ThinLinux software is based on SUSE Linux and has been hardened for thin clients, according to officials. It’s designed to be adopted easily and can support a range of monitors, printers, smart cards and fingerprint readers. UC platforms supported include Skype for Business, Lync 2013 and Lync 2010.

All the new offerings are expected to be available in July.